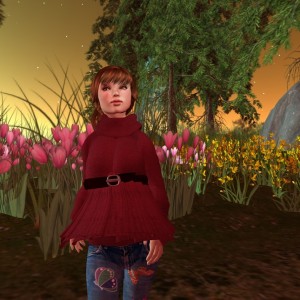 Alice got off at the subway station and decided to stop at the corner coffee shop instead of heading straight home. She has been traveling this route for over 20 years and she admits now to anyone who will listen, that the daily routine of her real life has become mundane. She grabs a cup of coffee – late in the day for her – but she knows what the evening holds if she returns home now. Anything, she thinks, is better than sitting at home all alone. So she opts to sip her coffee outside and people watch or, more likely, she will stare past people as they walk by. She is aware of the void inside but she is at a loss for what to do.

Her 17 year old daughter, Lori, graduated from high school in the spring and is now off at college on full scholarship. Alice is so proud of her. Lori is studying architecture at a prominent school that is a short plane ride and only a ½ day’s drive away, but that is not the same as having Lori at home.

Alice’s husband, Ben, has worked for the airlines for as long as they have been together and in these most recent years he has opted to fly international routes which means he is sometimes gone for over a week at time. Due to shifts in time zones, Alice and Ben rarely get to talk when he is away. Occasionally they will Skype with one another and that makes Alice feel closer. She recently bought a new laptop with a built in webcam and an Internet air card from her mobile phone carrier so she can easily connect if Ben is available for a call.  She can sometimes connect at work on her breaks too and even though she has permission to use her computer at work, she prefers the privacy of her laptop just in case her company has installed a keylogger program on company computers. After 20 years as a copy editor at the same publishing house, she feels secure at her job, but still, she does not trust corporate culture and covets her privacy. She has edited too many spy novels not to be at least aware of the technology available to corporations and business owners.

Alice likes her job but is not particularly challenged anymore. After she received her degree in journalism she got married to Ben and shortly afterward, she landed her current job. She took a long leave for over a year when Lori was born, and when she returned she was welcomed back into the workforce.  She enjoyed her job for many of those years but she never aspired to move up within the company. Instead, she always dreamed of becoming a mystery writer herself.  To that end, she received her master’s degree in creative writing just a few years ago. She enrolled in an online program and an entirely new and richly diverse world opened up before her. She became fast friends with many of her classmates in her program and while they have never met, she maintains contact with most of them through Facebook. Her closest friends from work have also “friended” her on Facebook and she is very pleased that Lori has embraced her as a “friend” as well. Being friends with Lori allows her to feel close to Lori while she is away. She loves reading Lori’s status updates and seeing the pictures Lori posts from school.

Alice remained motivated about writing a novel and she began to use the Internet as a tool for networking and for motivation. She joined writer’s groups and she created a LinkedIn Profile. She opened a Twitter account and she even began blogging. Her blog site is a series of short stories that she composes and she has quite a few followers. Her online reputation has grown immensely and between her Twitter followers, her LinkedIn contacts and her Facebook friends alone, her circle of colleagues, friends and acquaintances has grown into the thousands.

For many years, she was considered “Super Mom” and was revered by friends and neighbors. Ben and Alice frequently entertained and Alice was always involved in Lori’s projects. But when Ben’s job took him away for a week or more at a time, Alice found herself feeling sad and lonely. Her time online increased. When Lori left, Alice was consumed with a sense of loneliness and despair that she could not describe. She suddenly doubted if anything had any meaning and sometimes she felt her life had none apart from the relationships she has formed online.

On this particular day, Alice has paused at the coffee shop. She knows that when she is home, she will feel that empty feeling again. It is Friday. Lori is likely going out with friends in her college town and Ben is away on another trip. She has the entire weekend alone. Her weekends lately have been consumed with the Internet; the usual networking and Facebooking, but now she finds herself drawn to gaming. She is fascinated by World of Warcraft and one of her game partners in WoW has encouraged her to join Second Life. She has spent many days and hours online and she is concerned that she feels afraid to be without the constant distraction the Internet offers her. These past few evenings she has sworn off the computer, which has left her filled with an indescribably empty feeling. Tonight will begin the long weekend- a battle between loneliness and the lure of the computer. She just does not understand. She never knew she was so fragile – so unable to be in the company of herself. 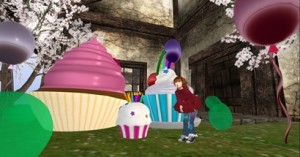 This article first appeared in the premier issue of TILT Magazine ~ Therapeutic Innovations in Light of Technology.