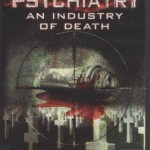 Increasingly academics, social workers and therapists are utilizing film in their work. Here in academia, it is assumed that multiple forms of media will be utilized in the classroom including motion pictures, television, the Internet (YouTube videos), popular music and documentaries. While in the past these media (particularly film) were used as a “substitute,” current… [Read More]