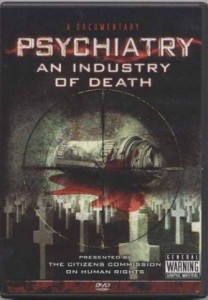 Increasingly academics, social workers and therapists are utilizing film in their work. Here in academia, it is assumed that multiple forms of media will be utilized in the classroom including motion pictures, television, the Internet (YouTube videos), popular music and documentaries. While in the past these media (particularly film) were used as a “substitute,” current scholarship offers a pedagogical process for working with media in the classroom. That is, these days we seldom hear a colleague say “I’m out of town tomorrow so I’m having my TA show a movie.” Instead we are engaged with film-as-data rather than film-as-time-filler. Thus, it is not unusual for an academic department to host a small library of films and documentaries for classroom use. Which films end up in these libraries are a result of intentional selection and random, inexplicable surfacing.

In the classroom, use of documentaries (“docs,” as the folk in the film department call them) can be paradoxical. On the one hand, the very style of documentaries leads many viewers to accept the content as “true” and “real.” It looks “true,” after all. It looks objective. Like the news. And, well, we all know that news media is true, real and objective (sarcasm intended). Unlike teaching, with motion picture (which, while often taken as factual, most recognize as story telling) it’s trickier to remember that documentaries have an agenda, a point of view. A “good” documentary will withhold declarative images and statements. Rather, these let the audience sift through “evidence” and come to a conclusion. While there is an agenda, there is still a presentation that allows for critical thought. Others specifically spell out their agenda (think Michael Moore). Others don’t spell out their agenda in the least but instead use a variety of film techniques to pitch declaratives and absolutes.

This article first appeared in the January 2012 issue of TILT Magazine ~ Therapeutic Innovations in Light of Technology.