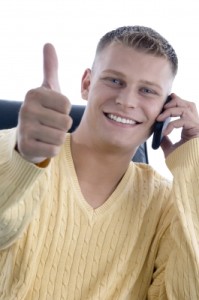 “No health without mental health” is the new ‘buzz-phrase’ used by the government to highlight its commitment to psychological well-being, and I couldn’t agree more with it. In popular culture there is a huge emphasis on maintaining physical health; you can’t turn on the TV or surf the internet without seeing a programme promoting a new fitness regime or diet. But where are the programmes on coping with emotional distress? Maintaining a healthy mind? Ways to change distorted thinking? If our government and health system see our mental well-being as the crucial counterpart to our physical health, why is this not reflected in British society?

In February 2014 the Department of Health released the publication ‘Closing the gap: priorities for essential change in mental health’, which states that mental health must have equal priority with physical health and that everyone who needs mental health care should get the right support, at the right time. This is a topic I am particularly passionate about. I have experienced the devastating path that mental health can take without adequate support. My Mother lived with depression for over a decade which led her to take her own life at Hatfield train station in April 2009. I don’t believe my Mother was given the support she required; waiting lists were and still are detrimentally long, and in my opinion counselling as a solution was and still is still underplayed.

A recent report published by Mind, ‘We Still Need to Talk’ (2013), revealed that 1 in 10 people waited over a year to receive treatment. Mind stated that access to psychological therapies as soon as possible after referral and assessment “can be the difference between recovering well and a mental health problem spiralling into a crisis. The wider human costs of long waiting times are devastating and can have detrimental effects on all aspects of a person’s life”. I think that if my Mother had been given access to talking therapy early on, things may have been different. Since her suicide I have always known I was going to do something to help people get better access to talking therapies.

There are numerous statistics that reveal there are hundreds of thousands of people who feel ‘down’ as a result of very common life conditions. Some examples are: post-natal depression; long term illness; issues with body image; work stress; and family-related problems, but there are many more. The statistics are accessible for everyone to see, and society is aware of the prevalence of mental health issues, however they still don’t seem to be taken seriously. Instead, many problems are covered up by antidepressants and other drugs. I know from personal experience that talking to a counsellor provides a safe place to discuss your problems and to overcome challenges; and it certainly changed my life from a dark existence to a place of hope and positivity. Unlike many health conditions that exist, there is a solution! Counselling improves many people’s lives, so why aren’t we promoting it more?

Furthermore, reports and studies have repeatedly shown that psychological therapies (Cognitive Behavioural Therapy (CBT) is commonly the independent variable in such studies) are relatively low cost and show good recovery rates. I’ve talked to many people who have had to wait for up to a year to receive counselling or therapy, and I believe that the health system is failing millions of adults and children with common mental health problems such as anxiety and depression. Clearly the lack of access to talking therapies is preventing people from getting help, and this needs to change.

Unfortunately there are even more barriers to people getting the professional help that might benefit them. The stigma associated with seeking professional psychological help is believed to be one of the most significant barriers to treatment (Sibicky & Dovidio, 1986; Stefl & Prosperi, 1985). The explanation for this may be that the public tends to associate negative traits with individuals who have mental health problems (Crisp et al, 2000). Many people also find it difficult to get time off work to see a counsellor, and/or struggle to find the time due to family commitments. Some people have difficulties travelling to their appointments, and some just can’t face leaving the house.

The explosion of the internet in recent years has meant the way that we communicate has changed phenomenally and the demand for talking therapy delivered online is higher than ever. The ability to access a counsellor via the comfort of your own home removes the shame, time commitment and effort of having to travel. Furthermore there are generations of people who expect counselling to be easily available online.

In this experiment, six therapists treated 62 patients with moderate depression. Patients were randomly assigned to one of two groups; either face-to-face or online treatment, and each patient was offered eight sessions of therapy based on cognitive behavioural techniques. At the end of the treatment, 53% of patients in the online group were no longer considered depressed and 50% of those in the face-to-face group were no longer considered depressed. After three months following treatment, those who had received online therapy continued to see marked improvements, although there was little further improvement in those who had received face-to-face therapy. There was no depression detected in 57% of the online group compared to 42% in the face-to-face group after a 3 month period.

The findings from Zurich offer support for earlier findings from the University of Linköping, where an investigation of the effectiveness of online therapy was conducted involving 117 volunteers with mild to moderate depression. In this instance the volunteers were offered web-based therapy both individually and in groups, and given online self-help materials. The researchers noted that the outcomes of this experiment demonstrated that online therapy was just as effective as conventional therapy at treating depression; although they did state that the relationship between the therapist and client is a major factor in determining the success of online therapy.

This is not an uncommon finding and many other studies have confirmed this conclusion. A study in Ontario, Canada randomly assigned 495 participants to either face-to-face (254) or online therapy (241), and also found that online therapy was just as, if not more, effective than in-person treatment.

In response to these findings, and realising that better access to online counselling could greatly benefit a lot of people, Nathaniel Smithies and I joined forces to create PlusGuidance.com.

PlusGuidance.com is a brand new web platform that allows qualified counsellors to offer their services to clients via high definition video call, voice call, instant message or email. Smithies (CEO and co-founder) comments “Creating better and more immediate access to talking therapy online is going to help many people take that first step of reaching out to a professional. Furthermore, a key factor for people experiencing emotional distress is talking to the right counsellor or therapist (increasing the likelihood of a strong client-counsellor relationship from the start). PlusGuidance.com enables people to reach out and talk to a large number of counsellors, and choose someone based on the initial relationship and a host of other criteria. They can then choose from the counsellors available time slots, as well as choose which online medium they wish to have a session in”.

These days people expect to be able to access anything over the internet, whether it is ordering a weekly food shop, buying clothes or sending a personalised birthday card. All these tasks can be carried out by the touch of a button. The same needs to apply to accessing a counsellor, people deserve to have this available to them. I feel that the open nature and ease of access of PlusGuidance.com, where the user is completely in control, is revolutionary to counselling services.

In this day and age it is almost impossible to find someone who doesn’t own a smartphone or a tablet device. If we want to approach a sensitive topic with a friend or ask our crush on a date we can avoid potentially humiliating or embarrassing situations by interacting with someone online. PlusGuidance.com allows counsellors to meet clients where they are most comfortable – it is within this online shared space that people are most likely to express their true feelings more quickly. This willingness to open up and become less guarded about emotions is known as the disinhibition effect which is a huge benefit of counselling online.

The potential that online counselling has for the mental well-being of society is tremendous. Studies have indicated that women tend to have more positive attitudes than men do regarding seeking professional help (Fischer & Farina, 1995) and women tend to seek help more often than men do (see Moller-Leimkuhler, 2002). Some researchers have suggested this may be due to traditional gender roles, with the male role having an emphasis on being independent and ‘in control’; they may be less likely to seek help in order to protect self-esteem. I believe that the emergence of online counselling will greatly increase the probability that men will seek help when they need it. Being able to access a counsellor from home will mean cutting out having to explain where people are going, having to travel to a clinic and the awkwardness of sitting in a waiting room. I believe that having the option to be anonymous will help many more people generally to seek help too.

Nathaniel and I are graduates in Psychology from Cardiff University and are delighted to have a number of academic staff from the institution on our advisory board. Professor Ed Wilding who is the Head of the School of Psychology stated “The model and the team behind Plus Guidance has quite rightly received enthusiastic support. There is a real opportunity here to provide a platform that makes a difference”.

In the past I have participated in several voluntary positions within the mental health sector and taken part in various campaigns – as great as these are, I believe there is only so much waving a ‘stop mental health discrimination’ sign can do in terms of shifting attitudes. I truly believe however, that making counselling easily accessible online and encouraging those to seek help early on before their challenges escalate and get out of control will contribute to a change in attitudes towards mental health over time.

Since my Mother passed away, I have made it my lifetime ambition to change the way mental health is dealt with and improve access to talking therapies. My aim is to leave a legacy for my Mother and ensure that her decision to take her own life stood for something – to spark my passion to change attitudes and treatment of mental health issues to help future generations, which I believe PlusGuidance.com has the capability to do.

This article first appeared in the Spring 2014 issue of TILT Magazine ~ Therapeutic Innovations in Light of Technology.

Click here to read the entire PDF version of the Leaving a Legacy – the Generation Y Approach to Mental Health Solutions article.

Emily Swinburn is the CMO and Co-founder of PlusGuidance.com and currently lives in Cardiff. She has a BSc degree in Psychology and has carried out experimental research at Cardiff University. She is an active campaigner with a passion in improving the way mental health is dealt with in society.

Moller-Leimkuhler. (2002). Barriers to help-seeking by men: a review of sociocultural and clinical literature with particular reference to depression. J Affect Disord.