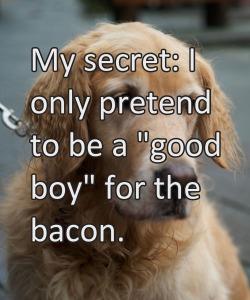 If you’re not in on the secret already, Whisper is an app that lets you post your secrets anonymously overlayed on top of a stock photo or an image that you provide. You are also able to communicate with others anonymously on Whisper by either publicly or privately sending a reply to one of their posts. With over 2.5 billion page views per month, it seems that there is a huge audience yearning to reveal and share their deepest darkest secrets with the world in an internet meme format that can be archived and shared over and over again.

While it would be nice to think that anonymous sharing of what people are really feeling or struggling with would help those with similar struggles feel less alone, the reality is that over-sharing online is risky. Although much of the content appears to centre around sexual indiscretions, secret crushes and general teen angst, some of the “whispers” could potentially alter lives if anyone was able to figure out who wrote the secret. Most concerning are the whispers of those who are suicidal or struggling with obvious mental health concerns who leave themselves open to messages from anonymous trolls.

A quick search for the term “suicide” revealed several whispers about suicidal ideation. One person posted, “I think about suicide a lot” overlaid on an image of a silhouette of a man graphically blowing his brains out with a gun. The one public response he received urged him to try it. Another person posted, “I constantly have thoughts about suicide. I can’t do this anymore,” on top of a picture of a woman with her head in her hands looking at a noose. She received four responses that included someone else saying they were feeling the same way, another who told her to stay strong and think of the people who would be devastated by her death, one who was curious about how it felt, and finally someone who posted the number to a national suicide prevention line. A little better… but still concerning.

More research is needed to guide therapists in understanding the impact of social media on mental health. While it can be used as a tool to connect people and reduce stigma, over-sharing on sites (anonymous or not) could result in guilt, shame, embarrassment, rejection or a worsening of depressive or suicidal symptoms. I regularly ask about social media usage when I take a patient history and look for instances where they have been bullied, shamed or embarrassed online. We can then work on strategies for coping with having shared too much online and how to protect themselves in the future.

Click here to read the entire PDF version of the Not So Secret Secrets article.

Dr. Christine Korol is a psychologist in Inpatient Psychiatry at Vancouver General Hospital. She is also developing the new Kelty Online Therapy Service at Vancouver Coastal Health, set to launch in early 2015. You can find more cartoons, blog posts and tips for managing anxiety on her blog wiredtoworry.com.