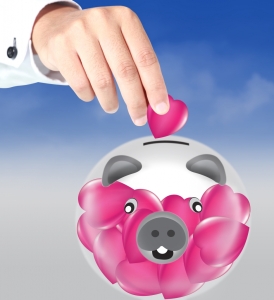 The new hot topic for entrepreneurs these days is crowd funding, which is anticipated to at least supplement, if not replace, the slow and mysterious process of current Angel and venture capital investors. “Crowd Funding,” or “Crowd Sourcing” is a way to get start-up equity for your business (or any venture for that matter). This model allows “regular” people to get start-up funding from $5,000 on up by getting other “regular” people to invest small amounts of money online. It is not a “get-rich-quick” scheme, nor is it a “network marketing” scheme. It’s a great idea, especially since in most cases, after you receive your funding goal, you do not have to pay it back.

I will attempt to outline this model in simple terms for you and offer some practical advice on how YOU can get some start-up money for your venture. Congratulations to DeeAnna Merz Nagel and Kate Anthony with Online Therapy Institute for recently completing their goal for $5,000 on Kickstarter to fund this fabulous online magazine TILT: Therapeutic Innovations In Light of Technology! Sign up for your subscription here: https://www.onlinetherapyinstitute.com/about-tilt-magazine/ if you don’t already have one!

In fact, I’m so excited about this new possibility, I will be starting MY OWN funding program to promote my book Bad Dick, Good Jane next month – watch out for it! I will be doing much more research on crowd funding before I actually engage in it, and I recommend you do the same. There are many different types of crowd funding, and things are changing very rapidly. You can learn more about it on the most popular websites such as www.Kickstarter.com, www.IndieGoGo.com and www.CrowdTilt.com.

There are also many different types and models of crowd funding. Some of the main ones are listed below. As far as I can tell, here is how the basic crowd funding works. You sign up with one of the sites. With Kickstarter, you create your project and determine how much money you will need to start it up or get it going, and within what time frame you want to receive it (OTI started with $5,000 within 3 months). You then send emails, calls, or social media posts to everyone you think would be interested in getting your project going, asking for pledges for donations. They can pledge as little as $1, and do not have to pay out money when they make a pledge. They only pay out IF the project receives enough pledges to meet their goal, such as $5,000. If the project meets their goal, they will receive the $5,000 (less the crowd funder’s percentage which is usually 3% – 10%). You do not have to pay the money back, but you do have to use the money for the project you stated you would. You do not have to share what you are doing specifically with the donations – it is largely based on trust. Therefore, you need to have a trusting audience. The larger and more passionate your audience is, obviously the better. Along the way, during the 3 month campaign, you will want to provide your audience with updates on your funding, such as, “We’ve raised 72% of our funding goal with 16 days left!” Once your project time period has ended, you need to send an update to your audience with how you did, and thank them for their pledges. After that you can send updates to them on how your new project is taking off if you like. It’s a good idea to stay in touch with your audience, as you never know when you may want to ask them for a pledge for a future project.

Good-cause crowd funding. This model is a good thing, and has been around for years. Example sites include StartSomeGood and the Facebook Cause page. People can invest (donate) money to a project which has good moral/ethical value. Contributors can enjoy the feeling of doing good.

Rewards-based crowd funding. This is a variation on the two previous ones, where investors get the satisfaction of helping, and immediately get a pre-determined reward or perk of value, such as a t-shirt, or other recognition, but no equity or finished product. For example, OTI (as mentioned above) offered a free subscription to TILT Magazine with a $20 pledge. You could pledge less or more than $20 but if you pledged at least $20 you would get a free one year subscription, which was a great incentive. A good example site, and one of the earliest in this category, is IndieGoGo.

Debt-based crowd funding. In this model, sometimes called micro-financing or peer-to-peer (P2P) lending, you borrow money from a number of people online and pay them back after the project is finished. This has been popular in many countries for years via sites like LendingClub and Kiva. The allure is fat returns, but they come with a huge risk.

Ideas crowd sourcing. Technically, this model is not involved with funding at all, but “crowd sourcing” and “crowd funding” are often used interchangeably. Sites like GeniusCrowd get your ideas off the shelf, and give you the wisdom of the crowds. Of course, this might also lead to investors, partners, and licensing opportunities.

Don’t confuse any of these models with other popular funding sites for start-ups, like FundingUniverse and GoBigNetwork. These are primarily matchmaking sites between entrepreneurs and professional investors or banks. Often they do sponsor pitch contests with small cash prizes for funding, as well as other valuable services to support entrepreneurs.

So it’s easy to see that whether you are a new entrepreneur or a new potential investor, the Internet has opened several new options for the crowd to help you. These also open new concerns about lost intellectual property, Internet scams, and long-term return on investment. Most of the information I am sharing here was found at: http://blog.startupprofessionals.com/2012/08/will-real-crowd-funding-model-please.html#ixzz39Ls78nYb

What makes for a good Crowd Funding project? Just like the TV shows Shark Tank and Dragon’s Den, you need to make a great “pitch.” The most important thing is to make sure you’re actually giving something to people. Either you are giving them a physical object or you are giving them the satisfaction of “helping” you create a good thing. The next most important thing is to make sure you are targeting a passionate crowd at the right time. Your “crowd” is people you know, or people in your social media and business media networks. They should be people who LOVE the idea of your project and WANT to see it get off the ground. It also helps to give people incentives to pledge. You can give everyone who pledges some sort of gift, or those who pledge $25 or more a nicer gift, and those who pledge $50 or more a nicer gift, and so on. I will give you some examples of successful Kickstarter projects here.

“Save Blue Like Jazz” raised more money than any other project on Kickstarter — $345,992 to save a movie project that was going to be cancelled. The book “Blue Like Jazz,” was turned into a film, but ran out of funding before it could hit the big screen. Supporters started a Kickstarter project to get it going and created what they call, “the largest crowd-sourced creative project ever.” What was the key? It appears the key here was that it was a project with millions of fans already built in. They also gave donation incentives. The minimal donation landed you some goodies like posters, and script pages. The director of the movie is calling people to personally thank them for donating.

Dan Provost and Tom Gerhardt are two friends that decided to make a little contraption that could put your iPhone in a tripod. They wanted $10,000. They got $137,417. This is probably because they gave away a free tripod gadget to people who pledged a certain amount, and it looks like a LOT of people wanted one of those gadgets!

Punk Mathematics is a project from improv comedian and math professor Tom Henderson to make an accessible, punk math book. He raised $28,701 which is 10X is original goal of $2,400.

If you would like more information, do a “Google” search for “crowd funding” and/or check out the websites and resources I’ve listed here. Sign up for my newsletter and I will share my own experience with you as it unfolds!

Click here to read the entire PDF version of the What is Crowd Funding and Why Should You Get In On It article.

Lyn Kelley is a Practice Building Coach at www.growpublications.com who helps colleagues increase their practice growth and success. She is also faculty at Online Therapy Institute/Online Coach Institute.