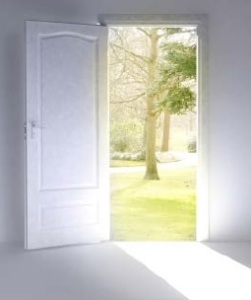 I’ve been reflecting a lot on endings recently. This is partly because I’m entering a new phase of my life and have cut down my work load (I can hear friends and family snorting with laughter and disbelief at this point!). However it is also to do with other things that I have been doing.

At the recent UK Council for Psychotherapists’ (UKCP) conference ‘Psychotherapy 2.0’, I was fortunate to co-host the online delegates’ stream with Aaron Balick. One of the interviews I conducted was with Aaron about his new book ‘The Psychodynamics of Social Networking’. Anyone who knows me will know that I am truly not into social networking sites (SNS), so I had to read the book most intently before the day, and to my surprise, really enjoyed it!

One of the many things that took my attention was the chapter in which Aaron explored ‘Being in the Mind of the Other’. Here an area he considers is the fact that SNS allow or enable people to continue to know about ‘the other’ even when the relationship has, on the surface, come to an end. So when a relationship breaks up, one or both partners can still find out a lot about their ex-partner.

That led me to think about online supervision, both from the perspective of supervisor and supervisee. As a supervisor, it would be quite possible for a supervisee to ‘keep tabs’ on me, or follow what I was up to by tracking me through SNS after our contract came to an end. The same would apply to me as a supervisee – what would I do if I had a sense, or knew, that an ex-client was following me as best s/he could after we finished our work together? What might alert me to this, and what would I need to do about it within supervision? In either case, it might be totally benign, or it could be rather like stalking. Also what does it mean for me, for my supervisees and for clients if in fact there hasn’t been a total ending? Are we shying away from experiencing the feelings that may arise from the loss of another? If so, how might that affect our ability to deal with the losses experienced through the death of someone we love (or hate)? I don’t have an answer to this, but it is good to have been made to consider it, and think about what is available freely about me online.

A different online ending I have been wrestling with actually happened to a therapist friend. As she put it, ‘My supervisor dumped me by email!’ She did know that the supervisor was retiring before too long and that they were working towards an end. They normally met online synchronously, using video, and there had been a difficulty in making the next session due to both of them having holidays booked. However, my friend was ‘gobsmacked’ when she received an email from her supervisor stating that as they had not made another appointment, she (the supervisor) was ending the contract and hoped it wasn’t too much of a shock. Could this possibly have happened in a f2f relationship? I rather think not, as there would have had to be a telephone call, or a letter, and letters tend to be more thought through than emails in such circumstances, I would venture. Apart from it being unprofessional and unethical simply to end supervision without an ending, it seems to me that there is something about the ease of pressing ‘send’ that may have allowed the supervisor to do this without due consideration. Perhaps she would have done well to remember the ’24 hour rule’.

In supervision online, particularly if it has been asynchronous, every exchange, every word, may have been stored. As Dunn (2014) states ‘ They describe returning to the transcripts, sometimes months or years later, and gaining new insights from re-reading the exchanges’. She is talking about clients. But in fact the same applies in the supervisory relationship. We perhaps have more to return to after the ending than in f2f supervision.

So when is an ending not an ending? Perhaps we need to reconsider what we mean almost in the same way that bereavement therapy has moved from encouraging ‘letting go’ to ‘continuing emotional bonds’. Considering that together could be a part of working towards a good enough online supervision ending. Who will we be for and to each other in the future?

Click here to read the entire PDF version of the When is an Online Ending really an ending article.

References
Balick, A. (2014) The Psychodynamics of Social Networking: connected-up; instantaneous culture and the self. London, Karnac