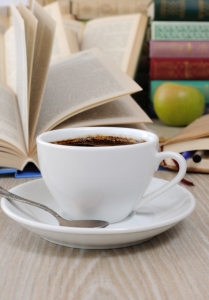 “There is nothing in a caterpillar that tells you it’s going to be a butterfly.” (Buckminster Fuller)

‘Bucky’ is right when we’re just looking at the outside of a caterpillar… or at a person whose potential is latent, which at some point in our lives could be said of all of us. Yet if we envision the oak contained in the acorn, the butterfly yet to emerge, or the seed of someone’s purpose before it fully blossoms, then we can be a mentor to them or what Shlomo Carlebach calls a real holy friend.

“There are three kinds of friends in this world. An ordinary friend sees only what you are; for that you don’t need a friend. Then there’s a friend who sees in you what you can be. But in the presence of a real holy friend, you already are!”

If we are so blessed, we have such a person when we first set out on our path, a mentor who treats us as if we already were what we potentially could be and thereby inspires us to become what we can be (Goethe). This is best expressed by Viktor Frankl in this passionate talk to students: http://www.youtube.com/watch?v=wr6itOBLVQA&feature=related He cites Goethe’s maxim as the most important perspective a therapist can have.

I have such a mentor in Tom Francoeur who was my counseling professor and mentor when my vocation was anything but clear to me. Dr. Thomas Francoeur (92 yrs) is Professor Emeritus of McGill University in Montreal who specialized in Counseling and Religious Education. If there can be such a thing as genius when it comes to the gift of presence, Tom Francoeur is at that level. With him, I experienced the kind of conversation that can be called communion and not merely communication. When I exhort E-counselors to hone in on ‘the person behind the problem’ I am carrying on the legacy of Francoeur, as practiced online through the mystery of non-local presence (explored further below).

I like to call Francoeur the ‘godfather’ of the InnerView approach to short-term therapy, which actually plants the seeds for long-term soul work. InnerView evokes the interior landscape of what the soul knows. InnerView guidance is a matter of realignment with the feelings, needs, values and purposes which allow our inner and outer worlds to be congruent. That integral coherency in turn opens our limited personal selves to transpersonal and archetypal realms and we come to see our life situation with the kind of wide-angle lens Tom naturally uses. It’s about what kind of person is having the problem, rather than what kind of problem is discouraging or even disabling the person. Francoeur’s InnerView guidance has brought thousands of students, clients, and seekers of all kinds into alignment with the best of their human nature. That mission continues online. A person is a presence and a feeling, not just a personality, so if features of the client’s personality are not ‘in the room’ so to speak, it can actually be an advantage. In addition, “writing is a strong easement for perplexity.” (Emily Carr)

Tom Francoeur continues to have a profound life-changing effect on those who experience his healing presence. He has consistently lived his message that “Happiness comes from giving of oneself.” Originally envisioned as a tribute to his mentorship and influence, a documentary profile of Tom became the first episode in a series called GuideLives for the Journey: Ordinary Persons, Extraordinary Pathfinders: http://www.guidelives.ca/bio.html

As one of the pioneers of online counseling in Canada circa 2000, I now see it was difficult to find my way before then because my career wasn’t invented yet! In the 80’s, when Francoeur was prophetically saying, even in front of others, that I was going to be a leader in the field, it was flattering, but I really thought he was taking the encouragement too far. I told him honestly how I felt at the time – that what he was seeing in hisprotégé was more of a good client than a counsellor. Yet he never wavered in his vision or questioned my own when I launched into a Creative Writing Masters and preferred literary criticism, radio drama and film courses to graduate reviews of psychology theories. The internet itself was still a decade away, and I envisioned being therapy-wise in service of my writing rather than the writing leading the way to what became, not just another modality, but a new field of therapy.

In my role as clinical supervisor for the largest EFAP company in Canada, I have now overseen 80K short-term asynchronous cases. Along the way, I discovered 18 therapeutic elements unique to the medium and proved that the ‘writing cure’ is equally and often more effective than the traditional ‘talking cure.’ Lest anyone still believes there is something inherently impersonal about online therapy, the clients have always said otherwise.

“I was initially a little skeptical that online counselling would be a good medium to deal with emotions and complex personal issues – despite the typed words and computer screen, I felt her warmth and geniune interest in my well-being shining through each message.”

“I feel as if someone has put an arm over my shoulder and is talking to me.”
“Your words are as comfortable and appropriate as my favourite pants and sweatshirt on a cold night!”
“I’m actually not too comfortable talking about myself – which is why I am absolutely amazed as to what I have been writing in these mails.”

“I was very impressed with the quality of support that I received and the objectivity. I felt completely validated and encouraged to look after me. I feel that the email exchanges allowed for complete disclosure from me as I didn’t have to face someone directly – people react to things being said and body language can be encouraging or discouraging. The online process removes this barrier.”

“Once I had purged everything in writing and had responses back which I could access at any time, the healing began quickly. It was like a wonderful wave of self realization and peace washed over me.”

“She spoke to me as if I was right in the room with her and had a very good approach to speaking to me even when relating to a previous letter.”

“I have printed all of our correspondences, and will use them over the next months and years. I feel the quality of the counselling I received was A++, much better then several sessions I had been to in person with a local counsellor charging $150 an hour.”

“I had no idea it was possible to form a bond and a trust with someone based solely on the written word. Thoughts and feelings just seemed to flow out of me in a way I never could have imagined. My e-counsellor helped me put things in perspective and look at things going on in my life in a whole different light. I was apprehensive about trying e-counselling but find it was the best move I ever made.”

Asynchronous E-counselling, by virtue of being an introspective process while remaining part of a therapeutic dialogue, can involve the best of both worlds, inside/outside, individual and relational. It allows for a measured ‘heart-to-heart talk’ that takes place in a shared space mediated by the internet. Both insight and emotional catharsis are possible in the safest of environments when a window is opened to the thought and feeling processes on both sides of the computer. Beyond text-based bonding is the notion of tele-presence, non-local presence, or the feeling of persons being present to each other, even at a physical distance. As cyber psychologist John Suler observed, “There is a special type of interpersonal empathy that is unique to text relationships. Some claim that text-only talk carries you past the distracting, superficial aspects of a person’s existence and connects you more directly to the other’s psyche.”

Or as the poet John Donne might have tweeted, “More than kisses, letters mingle souls.”

The process of focusing, or paying close attention to one’s own self-awareness, feelings, and thoughts, is facilitated by a text-based dialogue taking place behind the scenes of self-presentation, where counsellor and client do not face each other. Both have more of an opportunity to look within themselves as they communicate. The essence of non-local presence is the paradox of being alone together. Similarly, witnessing or taking a step back from one’s internal dynamics to gain perspective is enhanced by the act of composing oneself and getting it down in writing. When this text-based externalization occurs, the client is invited to live in a bigger, more meaningful story.

“I find the process of writing in these InnerView sessions a form of healing. Emotions transform when I key events onto this page and I begin to awaken from a self-absorbed or selfish state.

I still have notes from the group supervision course led by Tom Francoeur in 1987. He conducted case conferencing master classes like a skilled artist who paints with only a few deft strokes…

“Together with the client, you are two architects of their life.”

“Every human heart is built to heal.”

There is an intangible attunement one receives from an inspired mentor, a golden thread that keeps you on your path through the mazes of life. You hold onto your end, and it keeps you forever connected with your teacher. You then extend it to others as their mentor and guide. It’s a response-ability you pay forward. It’s just the way it is when you are committed to your path and practice.

The Way It Is

There’s a thread you follow. It goes among
things that change. But it doesn’t change.
People wonder about what you are pursuing.
You have to explain about the thread.
But it is hard for others to see.
While you hold it you can’t get lost.
Tragedies happen; people get hurt
or die; and you suffer and get old.
Nothing you do can stop time’s unfolding.
You don’t ever let go of the thread.

Click here to read the entire PDF version of the Mentorship and the Path of E-Mastery article.

Cedric Speyer helped design and develop one of Canada’s first online counselling services and has overseen the delivery of 80K cases. He currently supervises an ‘E-team’ of 30 E-counsellors. Cedric conceived and promotes a therapeutic approach called InnerView and directs a documentary series entitled GuideLives for the Journey: Ordinary Persons, Extraordinary Pathfinders. http://www.guidelives.ca/