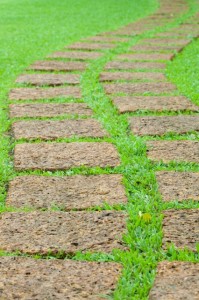 The starting point of this issue’s column was an exchange I had with an online supervisee. She isn’t a counsellor, but uses counselling skills in her role as team leader of family supporters within a charity. Let’s call her Liz. She was planning a short training on interpersonal skills for her team, and we were discussing possible inputs and models. Looking at what she had planned, I said that it reminded me of Egan’s ‘The Skilled Helper’. Liz did not know the model, so I briefly and perhaps simplistically mentioned ‘explore/ understand/ act’.

The response from Liz was: ‘Yes- that is exactly what’s needed. The team manage most of the time to help the clients explore and understand their issues, but then they don’t know how to act in the clients’ best interests’.

Dilemma – do I explore with Liz how to help the assistants to ‘know how to act’ or do I explain that actually it’s about what actions the client is going to take? In this supervision, I stayed with Liz’s agenda, which was enabling her team, who are not counsellors, and part of whose job is to take action – enable links between various agencies in particular. I did later email a paper about Egan’s model.

However, it started a train of thought about the use of Egan’s model as an online supervision tool. This was pushed forward by a presentation which one of the participants on the Diploma in Online Therapeutic Supervision gave recently. This was around the C.L.E.A.R. model developed by Peter Hawkins in the 80s (Contract, Listen, Explore, Action, Review). Those middle three stages are so reminiscent of Egan.

Hawkins produced this as a coaching model, which led me to consider online coaching and supervision. What do they have in common? I looked up various definitions of coaching, finding a number where if the words coach was replaced with supervisor, they would still make sense to me.

Coaching is unlocking a person’s potential to maximise their own performance. It is helping them learn rather than teaching them’ (Whitmore, 2004).

Coaching is a process that enables learning and development to take place and thus performance to improve. To be successful, a coach requires a knowledge and understanding of the process as well as a variety of style, skills and techniques that are appropriate to the context in which coaching is taking place’ (Parsloe, 1999).

I then explored various models of coaching as they might well be able to inform and expand my online supervision practice. Many of them have that same similarity to Egan. I am in no way implying that they are all borrowing from Egan; simply musing about the fundamentals of coaching and supervision. Three of the models were:

If I wanted to integrate any of these coaching models, what might be the constraints in online supervision? One is the apparent emphasis on outcomes. Sometimes supervisees (and supervisors) need time to go away from an online session and muse before taking any action. That’s where email supervision can really come into its own, as it builds in this time naturally. Perhaps I also shy away from the term ‘performance’ in the definitions. That may be disingenuous of me as there is a sense in which any role, even as an online counsellor, has a degree of performance in it.

A possible downside might be another emphasis, this time on identifying the goal of supervision. I do believe this is necessary if the supervision is not to be wishy-washy and aimless, though I might prefer to use the term ‘focus’. My niggling concern is that online, we sometimes are so quick to get down to work in both synchronous text and email supervision that we miss some of what I would call ‘walking around’ the focus. However, conversely, the inclusion in all the models of Know How, Options, Ways Forward avoids another pitfall in online supervision, of ‘talking’ around the issue, but never looking at its implication for practice.

I think that is why I feel drawn toward TGROW, as the initial T stage is about clarification of the reasons the Topic is important to the coachee/supervisee at this moment in time, and what impact it may have on the longer term vision (coaching expression) or process (supervision expression). It may uncover issues and a focus which is different from whatever the supervisee/ coachee thought they wish to bring to that online exchange.

Rereading the above paragraph, I realise I had in mind synchronous supervision, so another constraint may be the application to asynchronous exchanges. In email supervision the clarification may only be possible in a more general sense, as there is no immediate interaction.

The positive that I take from looking at OSKAR in particular is the inclusion of Review, which sits well with the Cyclical Model (Page and Wosket, 2002). This seems such a necessary part of supervision and again can be missing from email supervision simply because it is not synchronous. Yes, we carry out reviews of how the online supervision is going from time to time, but often miss the review of individual exchanges.

So where have my meanderings taken me? They have reminded me of the value in staying open to considering ideas and models from other similar fields, of weighing them up and taking from them aspects that may inform or improve my own online supervision practice. Not a bad day’s work.

Click here to read the entire PDF version of the Meandering through models of supervision and coaching article.