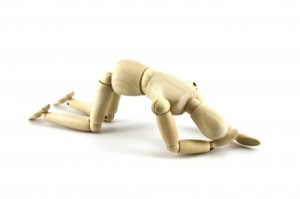 This article looks at the nature of bad thoughts that are not wanted, a mental health problem affecting 5% of the population (Baer, 2002). Intrusive thoughts are ‘unwanted thoughts’. For example, people with Post-Traumatic Stress Disorder (PTSD) can experience flashbacks where they recall their experiences (Crosby, 2008). Here I explore how technology can be used to help treat intrusive thoughts. One method that has been used is to challenge the thoughts. Another method is ‘en vivo’ or exposure therapy – exposing people in a safe environment to an extent that it no longer becomes a problem. This has been used to treat problems acquired during wars, post-natal depression and grieving. It also looks at the biology of intrusive thoughts as well as further work.

There is a link between the physiology of the brain and the psychology – as the phrase goes ‘get the head right and the rest follows’. Work on PTSD highlights the use of the ‘amygdala’ which resides in the centre middle of the brain. The amygdala is used in fight or flight responses (Morey et al., 2012). Intrusive thoughts are associated with anger and are activated by the fight response. The amygdala releases a stress hormone which in turn can lead to long-term memory damage and poor decision making if you have sustained anger or anxiety. The fight or flight response is necessary as it is crucial to survival and without it the human race would not have survived, as you have to sometimes flee and sometimes you have to stand up and fight. However, it being used in unnecessary situations such as with PTSD is not good for the brain, physically and mentally.

This article first appeared in the Fall 2013 issue of TILT Magazine ~ Therapeutic Innovations in Light of Technology.

Click here to read the entire PDF version of the Technology and Intrusive Thoughts article.

Dr David Haniff has a 1st Class Computer Science degree, MSc in Cognitive Science and Ph.D in Augmented Reality. He has worked as a researcher at the University of Birmingham, Open University and Loughborough University.