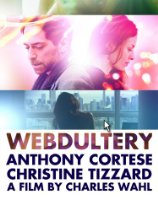 Exchange theory is both spot-on and unfeeling. Its basic tenets are clear in the name: our behaviors are guided by a kind of exchange. We gauge the costs and rewards of something and act accordingly. Are the benefits greater than the costs? Great, then I’ll do it. Hard to argue with this theory. Another aspect of it has to do with alternatives. That is to say; do you have any? If you are living in a small, closed society, surrounded by people who know the intimates of your life, it’s unlikely that when discouraged by the course of your relationship that you’ll consider straying. First, the costs probably outweigh the rewards (you are likely to be caught) and there is a dearth of alternatives in your closed off world. Where are you going to go when everyone knows your name?

However, imagine the opposite of that small community. Imagine the communities of today with the anonymity that exists in modern life. Now, add to that the internet and the ability to reach out to zillions and, well, the likelihood of straying just increased since 1) the costs are limited since your secret is easy to keep in an open society and 2) the alternatives are falling at your feet.

Exchange theory can guide your reading of Webdultery, the 2010 film by Charles Wahl. Like so many other films this one tells the tale of the modern couple who have grown bored with one another. Together since they were young, their sex life has dwindled and their commonalities are focused almost exclusively raising their son. Each finds a “chat room buddy.” There’s no guilt initially since, after all, they are “only talking.”

This article first appeared in the Summer 2013 issue of TILT Magazine ~ Therapeutic Innovations in Light of Technology.

Click here to read the entire PDF version of the Webdultery: The Costs and Rewards of Internet “Cheating” article.