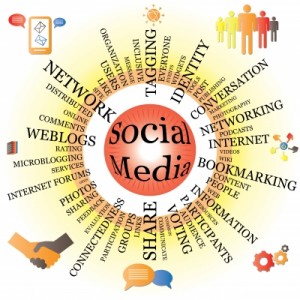 It’s one of the simplest of words in the English language; four letters, one syllable. It comes with a nifty blue icon too, a thumbs up. I’m referring to the ‘like’ button on your Facebook page. It is operated with deceptively simple ease, just a click of a mouse, and yet it really packs a punch. You see, the ‘like’ button may be the simplest way yet to deploy one of the most important things that one individual can give to another: recognition. The function of intersubjective recognition can be traced right back to infant/mother interaction and is one of the most important psychodynamic functions in the development of selfhood.

Given the vital function that recognition serves, its ease of deployment by way of the ‘like’ button begs a simple question to a complex set of psychological events; is clicking the like button too easy? And just what kind of recognition are we giving?

The ways in which today’s online social networks are constructed create a heady psychological mix that belies the simplicity of its interface and the ease in which one engages with them. Such a concoction can be seen as a sort of recipe for online social interaction, souped-up for ease, convenience and a taste that will have you coming back for more. Just throw in a few cups of distraction and instant satisfaction, mix in some voyeurism with a dash of puerile curiosity, and perhaps add some exhibitionism too, if that’s to your taste. Mix together in a large bowl with a generous base of ease and convenience and you’re nearly there. Before you pop it in the oven it needs a good 24 to 48 hours of basting in the most important ingredient: the basic human motivation to relate. Once your social network is fully saturated with this, you can’t help but make it a great success.

Click here to read the entire PDF version of The Real Motivations Behind Social Networking article.

Dr. Aaron Balick is a UKCP registered psychotherapist, supervisor and psychological consultant in London; he is also an honorary lecture at the Centre for Psychoanalytic Studies at the University of Essex. As a founding and executive member of The Relational School UK he works to develop and promote contemporary relational thinking in the UK and abroad. He is a media spokesperson for the UKCP and resident psychotherapist on BBC Radio 1’s phone-in show, The Surgery with Aled. Aaron will have two books published in 2013, The Psychodynamics of Social Networking: connected-up instantaneous culture and the self and a book for children entitled Keep Your Cool: how to deal with life’s worries and stress. His blog is here and he can be contacted on Twitter via @draaronb.