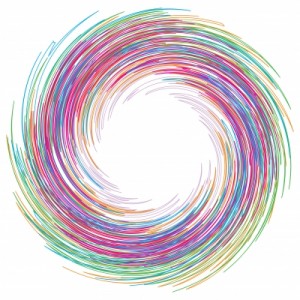 The internet provides unique opportunities as well as challenges for effectively engaging those experiencing psychological distress, including suicidality (Shah, 2010). Barak et al. (2008) have conducted one of the largest reviews and meta-analyses examining the effectiveness of online mental health interventions. This study found, among other results, that online methods are broadly comparable to face-to-face therapy on a range of measures. Furthermore, research (e.g. Cook & Doyle, 2002) suggests that measures relating to factors such as therapeutic relationship/alliance – so often assumed to be more amenable to development through face-to-face sessions – are comparable through online contact. Turn2me’s own user survey responses posit us as an already-successful organisation in this regard with 75% of our members suggesting they are either satisfied or very satisfied with the site (O’Reilly & Scollard, 2012).

Turn2me was founded for very personal reasons by those directly affected by what some might consider to be the ultimate consequence of mental health difficulties; suicide. Two Irish brothers, Oisin and Diarmuid Scollard, suffered the unthinkable in 2003 when their brother, Cormac, took his own life. For a number of years, ideas about how to make some sense, and difference, in the wake of Cormac’s loss percolated. In 2009, the two brothers came together from their respective legal, business, and web design backgrounds to launch Turn2me. What started off as a small group of site users regularly chatting and posting online grew rapidly into a multi-service organisation. Initially, interaction on the site was not moderated but the sense of community among such a small number of people was strong. As time went on, the importance of training moderators to ensure safety of communications and adherence to emerging policies and procedures developed. Turn2me’s appeal to a broad range of people with mental health problems did not go unnoticed externally. The organisation has been awarded funding by Diageo, Vodafone, Nua Healthcare, and a generous ‘Adwords’ grant from Google.

Click here to read the entire PDF version of Online and integrated mental health support: The range of services at Turn2me article.

Eoin O’Shea is Director of Services at Turn2me. Trained as a counselling psychologist, he has worked in various teaching, research, and therapeutic settings. His work at Turn2me will focus on providing online mental health solutions to both the general population as well as specific groups for whom the online modality may represent greater accessibility and effectiveness of service.