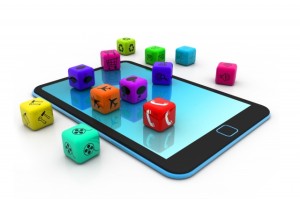 While there are a number of well-developed and effective coaching web apps available, such as JournalEngine, Coaches Console, Coaching-Websites, bLife and others, adoption of these web apps on a large scale by coaches remains modest relative to the tens of thousands of professionals currently coaching. In this column I’ll be asking, “why?” and proposing “The Ten Most Important Web App Features” that coaches and clients alike are looking for in a coaching app.

When it comes to day-to-day coaching, most coaches, it seems, still prefer to rely on face-to-face or telephone services. In other words, the coaches and clients who would otherwise demand these apps do not see enough value to readily and quickly adopt them. This modest adoption rate suggests that the use of coaching web apps is still at the “Early Adopter” (Moore, 2002) level. In his book Crossing the Chasm, Moore explains that a chasm exists between the technology adoption stages characterized by “Early Adopters”, where a growing body of users put innovative ideas into practice, and the “Early Majority” where the technology is readily and quickly adopted by the mainstream market.

So, why are we not seeing a majority of coaches and clients adopting coaching web apps?

Is it the technology, the non-technical nature of the person who is inclined to coach, or the coaching process itself that leaves coaching web applications little more than a curiosity at best for many coaches? While the answer to the question goes beyond the scope of this article, there’s something to be said for starting with the question: what are coaches and their clients looking for in a coaching web application, and what kind of functionality might actually enhance the coaching-client interaction? While it may be difficult to identify a precise and accurate answer to this question ahead of time, the veracity of the answer will be made evident by rapid and unsurpassed adoption of the coaching web application that “gets it right”.

Lyle Labardee, M. S. is a Licensed Counselor and Board Certified Coach. He writes the TEC column for TILT Magazine and serves as CEO of the Institute for Life Coach Training.