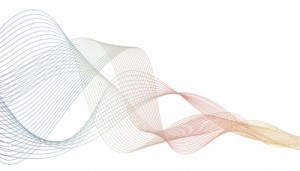 Olivia, a new therapist who just graduated from college, is never far from her mobile device, texting at a pace that makes your fingers feel tired just watching her. While talking with Olivia you learn she has a Facebook page, a blog on healthcare reform, and 2,000 followers for her Twitter feed.

On the other hand Steve, who’s been employed for 25 years and just learned that Twitter isn’t what you do simply for fun, checks his Facebook page only when his kids remind him they’ve posted new photos of the grandchildren. He can’t imagine texting them instead of picking up a phone and calling.

Olivia and Steve could easily be at odds, leaving you, their coworker, smack in the middle. To avoid conflict—and to help Olivia steer clear of problems caused by online privacy violations—it helps to under- stand Olivia’s generation, Generation Y, and how it differs from other generations.

We’ve all heard of the Baby Boomer generation and Generation X (a 2008 essay by trendspotter Marian Salzman on cnn.com added the Cuspers, who straddle the divide between Boomers and Gen Xers), but what’s Generation Y? Also called the Millennials, Net Generation, and Nexters, this young generation includes those born between 1979 and 2003 and is the fastest growing

Click here to read the entire PDF version of the Closing the gap with “Generation Y” article.