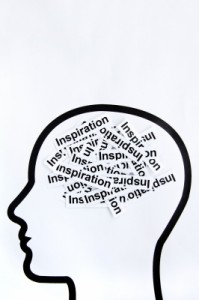 Seven years ago, self proclaimed “tech geek” Ran Zilca was working at IBM’s research division, developing the next voice biometrics technology. Little did he know at that time that he would soon start a chain reaction in his life starting with recruiting an all-star team of social scientists, founding the first company to release positive psychology and coaching apps, becoming a social scientist, going on a 6,000 mile solo motorcycle trip, and eventually completing coach training at the Institute for Life Coach Training and earning his Board Certified Coach credential. Today, as Chief Scientist of bLife, Inc, Ran has the opportunity to be a part of the team that formed bLife – the first iPad coaching app, utilizing his research knowledge, his personal transformation, and his coaching experience.

In this edition of “Technology Enhanced Coaching” we’re looking at this unique app that Ran describes as a mixture of three interlocking components:  Evidence-based behavioral science; a finely tuned user interface which incorporates algorithms replicating the natural coaching process; and a third element Ran refers to as “heart” – that which makes the sum total of all of the parts in some way personable and likeable. I find myself immediately thinking of what makes Jobs’ iPhone and other Apple creations so insanely likeable for so many people.  Users know it when they see it, but they can’t quite say exactly what makes it that way.

Considering his professional background, we might expect such a three-part, formulaic description from Zilca.  After all, he holds a Masters of Science in Electrical Engineering from Tel Aviv University and a Bachelors of Science from Ben-Gurion University. He served six years in the Israeli Army specializing in the research and development of statistical and signal processing algorithms, followed by further work at IBM in New York where he worked in the area of biometrics and for the first time got interested in social science when researching the idea of a “mind print”. Yes, a “mind print”, like hand scanning or a fingerprint only, well, a tad more complex …. I’m thinking we’ll be hearing more about this in the upcoming editions of Wired Magazine.

Click here to read the entire PDF version of the “B” Your Best article.

Lyle Labardee, LPC, BCC, DCC, is a Licensed Professional Counselor and Board Certified Coach who is credentialed in distance counseling. He serves as CEO of the Institute for Life Coach Training and its parent, LifeOptions Group. He is based in Michigan, USA and may be reached via lyle@lifecoachtraining.com.