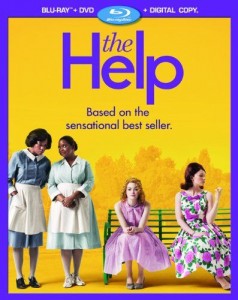 If you don’t know the book or the movie, The Help (Kathryn Stockett) chronicles the experiences of black domestic help in the early 1960’s American south. Skeeter, the liberal, fresh-out-of-college white woman of privilege decides to interview the maids in her Alabama town so that “their” story can be told (and Skeeter, the ambitious writer, can impress the New York publishers). Abilene and Minny agree to talk to Skeeter even amidst the very real dangers that would befall them should their identities become known. As racial tensions increase (in particular, the killing of black activist Medgar Evers in 1963), Skeeter finds more and more maids willing to share their stories. And these are not pretty stories; these are tales of indignities and injustices. They can’t use the toilets in the white homes, they utter “yes ma’am” with downcast eyes when their white bosses speak to them with the inauthentic, high-pitched tones one would use with a child.

Public reactions to The Help represent two ends of a continuum. On one end is the deafening praise, mostly from white audiences. These reactions include horror at the treatment of African-Americans in the Jim Crow south and the utter disregard that the white women show to the maids. Reviews argue that The Help has encouraged scores of white audiences to take a look at the overt racism and discrimination in our not so distant past. For these folk, there’s a chance feel some sense of pride that those days are over (“we don’t do that anymore!”); maybe too a re-consideration of their childhoods as they reflect on a maid or a nanny. There’s the opportunity to, as one would say in the U.S. south, “clutch their pearls” as they try to imagine such daily, harsh conditions not only for domestic workers, but for African-Americans in the pre-civil rights. Most, if not all of the white women that I know who have seen the movie declare it to be glorious. They laughed, but mostly they cried. They felt shame, they felt guilt and they fell utterly in love with the grace and tenderness of Abilene and the feisty, rebellious spirit of Minny.

This article first appeared in the November 2011 issue of TILT Magazine ~ Therapeutic Innovations in Light of Technology.

Whatever your coaching or clinical practice specialty may be, chances are good you know someone who is in job transition. The demand for career coaching assistance is unprecedented, and in this edition of our TEC column we’ll be taking a look at one of the most powerful, web–based applications available to those who may be coaching individuals through career transition: “My Next Move”