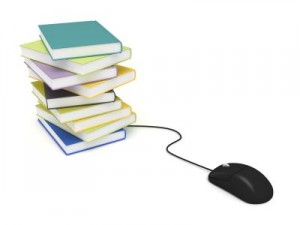 A major gathering of researchers, practitioners and service providers took place in Sydney, Australia, earlier in 2011 organised by the International Society for Research on Internet Interventions (ISRII).

Among numerous papers of interest – far too many to be adequately represented here – Gerhard Andersson of Linköping University and Karolinska Institute, Sweden, reported on the growing evidence base for Internet delivered CBT (iCBT) now supported by numerous Randomised Controlled Trials (RCTs), most of which show equivalence with face-to-face provision. While the body of research as a whole has not always influenced routine health provision policy to the extent that it should, Sweden now recommends iCBT as a treatment option for depression and anxiety, provided through state funding (this has been the case in the UK and some other countries for some time). Andersson’s own trial (Andersson, 2011) based on 463 patients with depression and 298 with panic disorder showed highly significant improvements for both groups comparing pre- and post- intervention data (effect sizes of 1.12 and 0.98 respectively – any effect size over 0.8 is usually considered a large effect). He concluded that Internet delivered CBT can be incorporated into routine mental health care effectively and, moreover, with low drop out rates.

This article first appeared in the July 2011 issue of TILT Magazine ~ Therapeutic Innovations in Light of Technology.

Readers may also find other papers of interest at the impressive collection of resources hosted by the Australia National University at http://www.ehub.anu.edu.au/publications.php#delivery. Further resources related to online counselling and psychotherapy research can also be found through http://onlinetherapyinstitute.ning.com/profiles/blogs/research-resources?xg_source=activity. Readers are invited to add their own favourites at this site too.