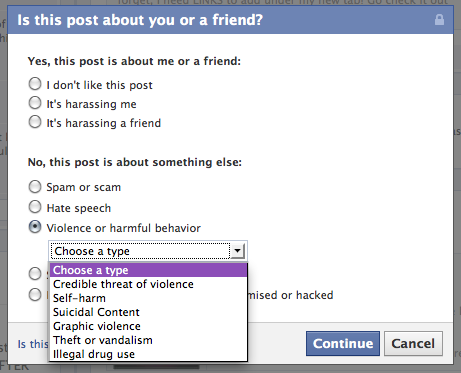 Last month, Facebook took a bold step into the healthcare world and launched a new initiative connecting suicidal users to national hotline crisis counselors at their precise moment of need. This new service adds to a list of pro-social programs incorporated by the social networking giant in 2011 including an aggressive crack-down on hate speech, bullying and anti-gay propaganda.

At a time when it seems that not even a month goes by without another journalistic story of a high profile Facebook-announced suicide, this new service hasn’t come a moment too soon. According to Substance Abuse and Mental Health Services Administration (SAMHSA), there are almost 100 suicides a day, and in the past year over eight million people over the age of 18 had seriously considered suicide. But despite its clear altruistic intent, Facebook’s new service has been met with mixed reviews and perhaps for good reason.

This article first appeared in the January 2012 issue of TILT Magazine ~ Therapeutic Innovations in Light of Technology.

Samantha Murphy is a former psychotherapist turned freelance psychotech writer based in “Silicon Pastures”, aka, Lancaster, Pennsylvania. She discusses all things psychology, technology, and bacon-related at @smanthamurphy.