We have decided to categorize our reviews of art, entertainment and culture. Occasionally we blog such things. Most recently, we blogged about Race on Broadway and the documentary film, Life 2.0. I have added these posts from my blog http://www.mentalhealthonthewebblog.com to add to the collection here. Enjoy!

A new  Hallmark Hall of Fame special, “When Love is Not Enough: The Lois Wilson Story, ”  is the biography of Al-Anon creator and wife of AA cofounder Bill W. This movie tells the story of the beginnings of the recovery movement. Historically, the movie marks the begining of self-help, recovery and addiction programs, all of which had a great impact on how we view addictions and recovery today. Watch the movie trailer.  Winona Ryder plays Lois Wilson (cofounder of Al-Anon), Barry Pepper plays Bill Wilson (cofounder of Alcoholics Anonymous), in the Hallmark Hall of Fame presentation When Love Is Not Enough: The Lois Wilson Story, premiering Sunday, April 25, 2010 on CBS.

If you prefer books to movies, the book of the same title is also available.

If you struggle with addictions or if you love someone with an addiction, this story will speak to you. The foundation Bill and Lois laid has influenced recovery from all addictions, not just alcohol. While the 12-Steps is not helpful for everyone, the 12-Step movement has helped millions. Why don’t you tune in and share in a piece of health and wellness history?

I had the pleasure of seeing Wishful Drinking at Studio 54 Sunday in New York. Wishful Drinking is Carrie Fisher’s life story given quite conversationally from her chair on a warm broadway stage.   I never had the opportunity to go to Studio 54 in it’s hey day as a thriving disco for celebs and those who were somehow part of the “in” crowd of the early 80’s drinking and drugging haze. Instead, I sat in what is now a lovely theatre, as a 40-something psychotherapist listening with awe and respect to the provocative life of Carrie Fisher.

The play is only running for two more weeks so if you have the opportunity, GO! Carrie Fisher gives voice to the decadent aftermath of living in the spotlight and using substances to cope. She talks of her struggle with being diagnosed with bi-polar disorder and her bouts with rehab. But what shines through is her surviving and thriving spirit. She tells her story with candid humor and grace. This is a show worth seeing!

In Treatment is a series on HBO about psychotherapy. The show, now in season two appears to be a hit.  Gabriel Byrne received a Golden Globe award for his portrayal of Dr. Paul Weston.  It is Sunday and In Treatment airs tonight.  My colleague in the UK forwarded an article that appeared in today’s Guardian. So I thought I would round off my new obsession with a blog post! 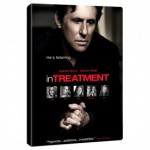 Most of the time when I watch films or television and a therapist is portrayed, I grimace, hold my breath, and sometimes shout my dismay aloud.  How many times has a therapist had sex with the client or breached confidentiality on the screen?  Boundary violations, dual relationships and other unethical nuances usually abound when mental health practitioners are weaved into movies and television shows.

In Treatment is not much different. But what makes the experience complete is that the near ethical scrapes are brought into the forefront and interwoven into the dialogue- last season even found Dr. Weston meeting with his clinical supervisor.  His character openly discusses amorous feelings for a client and he rasply says he is burned out.  All the while, we see his therapeutic work, sometimes on the mark and sometimes not so much, as we the audience peer in on sessions and glimpse ever so briefly into his private life.

The story line is entertaining; nonetheless during certain episodes, I feel like I am viewing a day in the life of my own work.  But overall, In Treatment provides a rich snapshot into the world of a psychotherapist, and with the intensity of a 25 minute one-act play.  The show is not one that is tolerated in dribs and drabs- one episode here and there does not do it justice, so if you decide to give it a whirl, tune in for at least two or three episodes in succession before you decide if this series is for you.

This morning on the CBS Sunday Morning Show, a segment was dedicated to “Multiple Personality Disorder” now known as Dissociative Identity Disorder.  Dr. Richard Kluft validated it’s existence while Dr. Paul McHugh said we, the professionals have created this non-existent mental illness.  Apparently all psychotherapists have been influenced by the movie, “Three Faces of Eve.”  We have a fascination with the concept and have therefore indoctrinated our clients to believe it is so. Yea right.

This debate has been going on forever and while I can join the debate on both sides on varying specifics, I think the truth is with the person.  A good therapist will facilitate self-exploration and allow a person to realize his or her own truth.  We can name it, label it, call it a mental illness, reimburse for it, give it a diagnostic code, but what matters the most is the person’s conceptualization of the experience and growing into a  positive place if the experience has been negative.

Hurray for Herschel Walker for telling his truth and for stating what should be the obvious-  the “professionals” can talk all day about the non-existence of MPD/DID but the real truth lies in the person’s experience.  Herschel lived it, not Dr. McHugh.  CNN offers a a great overview of Herschel’s experience. He has written a book too: Breaking Free- My Life with Dissociative Identity Disorder. I like that his “alters” are identified discriptively such as “The Warrior” – the football player, and “The Hero” who took over during public appearances.  We all have characteristics within us that we pull out when needed, don’t you think?  People with DID have characteristics of their personality that have become more defined and split off.

Of course, the segment this morning did mention United States of Tara – a new show on Showtime Television.  And Dr. Kluft explains it well when he says that while Tara’s displays are not uncommon in someone with DID, the difference is, it IS entertainment, and what we see in Tara is a highly concentrated version of someone who might have alters.

As the debate continues, I will continue to listen to my clients. Understanding their experience and making sense of it for themselves is much more important than any label I assign to them.