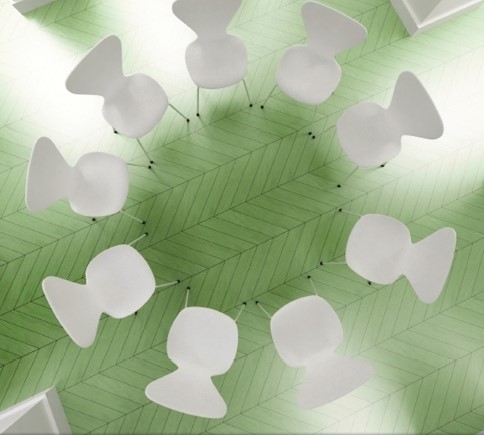 I was asked to participate in a group discussion online.  I am a member of an organization that hosts a listserv and forums. Most recently, the idea of one big chat was suggested and all of us were invited to log on and participate.  Had all of us logged on, there would have been about 70 total individuals.

While I was not able to make it to the meeting, I did think at the time that a group meeting that large in a chat setting would be way too much- too many people to track, etc.  Groups in general should be a manageable size if members of the group are invited to or expected to actively participate.

With regard to group therapy, I learned in graduate school that eight participants is the magic number.  Irvin Yalom’s book , The Theory and Practice of Group Psychotherapy (now in it’s 5th edition, 2005) suggests seven or eight members with a range of five to ten members.

So, what is the magic number of participants in an online therapy group?  I suggest three to six with an optimum size of four members.  Allowing for attrition, a maximum number of six participants may result in a consistent number of three to five.

So, why the difference between sizes in face-to-face and online therapy groups?  My experience is that tracking member comments in a participatory and interactive chat is very difficult, especially with one facilitator.  While the facilitator is typing, not one, but as many members as are in the group may be responding and commenting to the therapist and others.  The therapist’s job is to facilitate and offer direction as needed so keeping the size of the group manageable is key.

Groups hosted in forums, which are asynchronous offer an opportunity for more members.  Of course, two facilitators, regardless of the delivery method is always optimal but not necessarily practical.